For many years I got my performing “fix” by juggling and being funny on stage, and only wrote and played music for myself at home. In 2010 I shared various songs with some other musicians, and they encouraged me to focus more on funny/clever songs. In 2011 I set myself the goal of writing full show’s worth of comedy material, with the focus on funny songs. Since then I’ve been performing as much as possible in Berlin, mostly at standup comedy shows and open stages.

Which means I’ve also videoed myself numerous times. Below are all the videos I’ve uploaded so far (in no particular order), and I’ve also included a list of all the songs that may make it into my full shows, but that I’ve not yet recorded or released. I’ll add new videos to this blog post when or if I make them.

I Like You – a pop song about love and relationships written from the perspective of 14 year old me:

Leprosy (Yesterday) – a cover of Yesterday by The Beatles:

Rebound Dating – based on true events (video of first ever performance):

Hey Luke, Hey You – I’m very bad at remembering people’s names. Here’s a song about some of my strategies to deal with that problem (video of first ever performance):

Spooked – I wrote this song back in 1999, and now perform it once a year around Halloween:

Bitterly Autobiographical (The Crazy Girl) – advice to my younger self to avoid heartache and pain:

Standup Comedy Jokes My Girlfriend Doesn’t Like – song about open stage stand up comedy shows in Berlin, written from the perspective of my girlfriend, also co-written by my girlfriend:

The Twin Song – about the benefits of being an identical twin.

I love you so much (I’d go back in time (and kill Hitler) for you) – a love song for my German girlfriend.

Take me to Zanzibar – with juggling travel video. 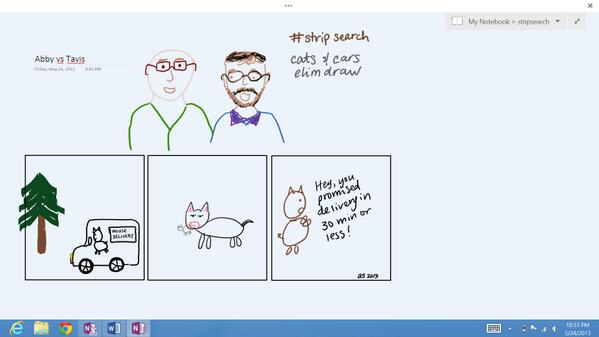 Juliane filmed (almost) every point of the 3 club combat Fight Night at the Nederlands Jongleer Festival 2013. Here’s a quick edit of the elimination rounds and the third place battle.

The second video is the battle for supremacy in the Fight Night Final at the Nederlands Jongleer Festival 2013. This features every attack, both successful and unsuccessful, until one fighter got 5 points.

I would have used the original soundtrack, but the DJ played some bagpipe music that was so loud and offensive, I couldn’t make anyone listen to that again. Instead I replaced the soundtrack with the the same music from the Kill Bill soundtrack that played in the opening point “Don’t Let Me Be Misunderstood” by Santa Esmeralda.